Like people and dogs, cats can suffer from diabetes. The second most common endocrine disease in cats, diabetes is believed to affect 0.2% to 1% of the feline population, but is likely underdiagnosed. As usual, cats have their own unique spin on the disease, and they handle diabetes differently than dogs. Learn how quirky our feline friends are when it comes to diabetes.

How does diabetes affect cats?

In Type 1 diabetes, insulin production is decreased, leading to hyperglycemia, whereas with Type 2, the body does not respond appropriately to insulin. Cats with diabetes are most likely to suffer from Type 2 diabetes, which can be successfully managed with diet and weight loss and allow cats to go into remission and forgo insulin treatment. Type 1 diabetic cats will need lifelong insulin, as this form is a chronic condition with no cure. Dogs are more likely to get Type 1 diabetes and rarely suffer from Type 2, while cats are the opposite.

For a more in-depth explanation of your pet’s diabetes, check out our blog post on early detection of diabetes.

What are the signs of diabetes in cats?

The classic signs of diabetes are the same in cats and dogs—excessive thirst, hunger, and urination. Although average-weight pets can develop diabetes, it is most commonly diagnosed in overweight or obese cats. Many pet owners may not realize their chunky kitty is losing weight, but will notice their excessive thirst and urination. Cats are desert animals who do not drink much, and a change in drinking habits is easily noticed. When an undiagnosed diabetic cat floods her litter box after drinking lots of water, pet owners are sure to pick up on this cue.

Besides excessive thirst and urination, you may notice that your cat is simply feeling unwell. Diabetic cats may become lethargic and lie around more than normal, prompting pet owners to investigate the cause.

Cat owners are also likely to notice an odd manner of walking in their diabetic felines. Cats with uncontrolled diabetes may experience nerve damage in their hind limbs, forcing them to walk or stand “down in the hocks” and adopt a flat-footed gait. However, this startling sight is rarely seen in diabetic cats and never in diabetic dogs.

In dogs, several breeds are more susceptible to diabetes, and female dogs are more likely to be affected. On the other hand, male cats are twice as likely to develop diabetes than females, and only one breed, the Burmese, appears more prone to the disease.

Why is diabetes sometimes difficult to diagnose in cats? 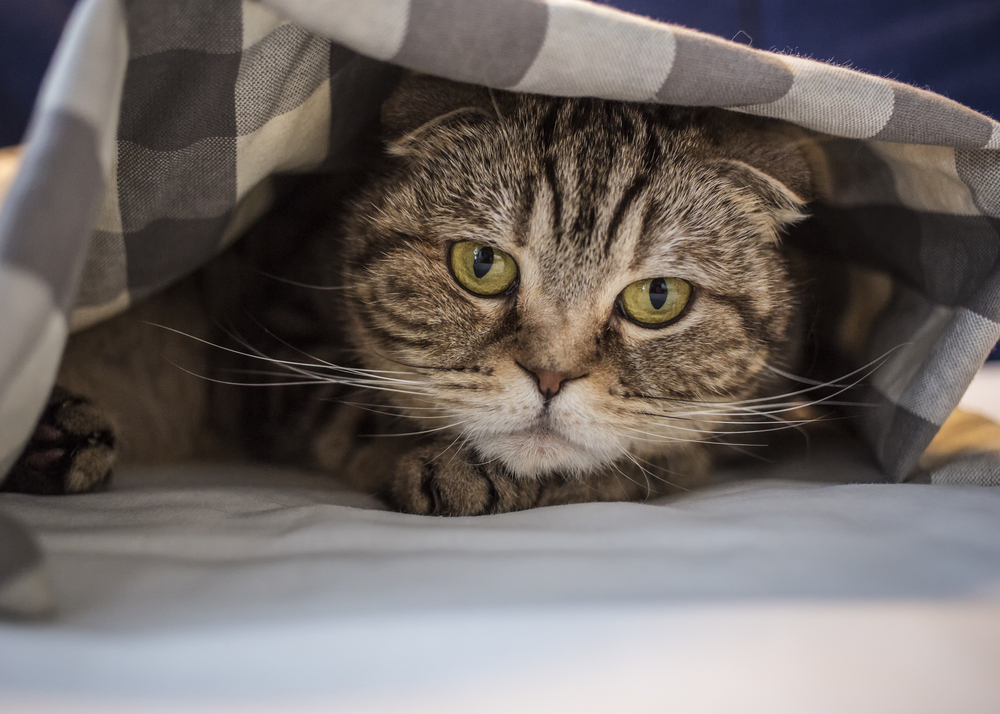 Although a trip to the veterinary hospital makes some dogs nervous, cats are more likely to become highly stressed when leaving their home. Diagnosing diabetes requires a simple blood test to determine the glucose level, but ensuring an accurate reading on a freaked-out feline is a challenge. Healthy cats under stress often have high glucose concentrations in their blood, known as stress hyperglycemia. Since many kitties are scared of venturing outside their home, much less to a veterinary hospital, some cats who do not have diabetes can have an elevated blood glucose level.

Cats are masters at hiding signs of illness. But, if you notice weight loss despite an increased appetite, or excessive thirst and urination, your feline friend may be diabetic. If your cat’s litter box is flooded or you can’t keep the water dish full, schedule an appointment with our veterinary team.

About the Author: Caldwell Animal Hospital